Rule changes for the 2014-15 WHL Season were tested during pre-season and most of the changes adopted by the National Hockey League (NHL):

*Indicates rule adopted by the NHL
1)     Overtime
•        During the regular season, at the end of the third period of a tied game, there will be a two minute break prior to the start of a five (5) minute sudden-death overtime period (same as in previous seasons).
•        *The Clubs must change ends for the overtime period.

2)     Shootout
•        Should a regular season game be tied after the five (5) minute sudden-death overtime period, the Zamboni(s) will do a dry scrape of the middle of the ice (same as in previous seasons).
•        *The Clubs must change ends again for the shootout.
•        *The home team shall have the choice of shooting first or second, and the Clubs shall alternate shots.
•        *The spin-o-rama type move where the player completes a 360 degree turn as he approaches the goal shall not be permitted. Should a player perform such a move during the penalty shot, the shot shall be stopped immediately by the referee, and no goal shall be permitted. (This also applies on regular penalty shot situations during a game)

3)     Tripping
•        *A two minute minor penalty will be assessed when a defending player “dives” and trips an attacking player with his stick, body, arm or shoulder, regardless of whether the defending player is able to make initial contact with the puck.
•        *In situations where a penalty shot might otherwise be appropriate, if the defending player “dives” and touches the puck first (before the trip), no penalty shot will be awarded.  (In such cases, the resulting penalty will be limited to a two minute minor for tripping).

6)     Video Goal Judge Reviewable Situation
•        When a goal has been scored and the Video Goal Judge has conclusive video evidence that the puck hit the netting (therefore out of play) and went back onto the ice surface which was undetected by the on-ice officials, this goal shall not be allowed.  If the puck subsequently leaves the attacking zone after hitting the net, this play is no longer reviewable by the Video Goal Judge.

Posted by The Hitmen Informant at 18:17 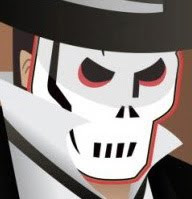